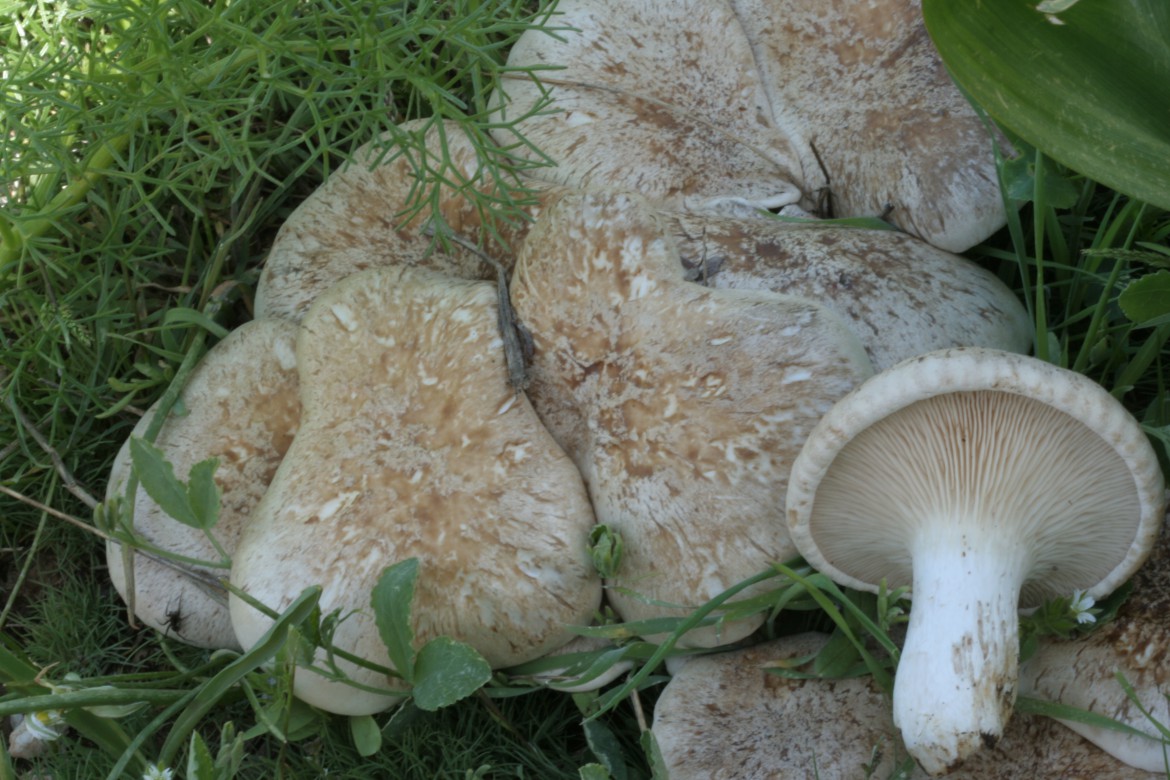 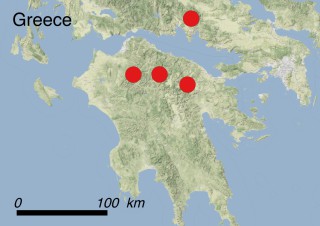 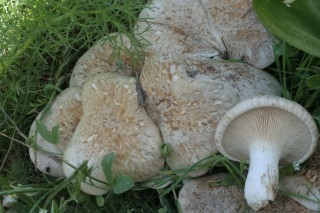 This species was originally thought to occur only in Sicily. However, its presence was recently also confirmed from mainland Greece. The distribution range of the species in Sicily is restricted to the Madonie Mts. The historical Sicilian collection sites of “Canna” and “Dragonara” were retraced thanks to recently rediscovered documents and through interviews with local people. Both sites, located in Vallone Faguare, a canyon of the Madonie Mts. in northern Sicily, were visited in 2009, and ongoing decline of fruiting individuals was recorded. The species is linked to Prangos ferulacea. This perennial herb, belonging to the family Apiaceae, dominates the mountain pastures subject to overgrazing (habitats 3.8.3: Spiny Mediterranean heaths - phrygana, hedgehog-heats and related coastal cliff vegetation, and 4.4.2: Mesic grassland). The presence of P. nebrodensis in similar habitats in two different Greek mountain ranges, i.e. Kyllini, Erymanthos and Chelmos Mts. in northern Peloponnese, and Parnassos Mt. in Central Greece, was recently confirmed by molecular data.

The basidiomata appear between April and June; they are sturdy and fleshy, light ivory colored, sometimes cream to ivory to beige with light brown squamules. The surface of the pileus is shiny or translucent, dry, cracking-glabrous, smooth or glabrous. The flesh of the pileus is cream color, its consistency is hard-tough to turgid, without color changes. The taste is mild and slightly farinaceous. Lamellae are light ivory to light beige. The stipe is eccentrically or laterally attached to the pileus, which in turn is connected with the root or stem residues of Prangos ferulacea. The consistency of the stipe is fibrous, its flesh is solid to stuffed, its surface is smooth and light ivory colored. The growth habit is solitary or gregarious.

In vitro experiments have shown the ability of Pleurotus nebrodensis to specifically inhibit the proliferation of colon cancer cells by inducing apoptosis. In varying degrees Pleurotus nebrodensis tissues have been proved to perform growth inhibitory activity against a group of reference strains of bacterial micro-organisms of medical relevance such as Staphylococcus aureus ATCC 25923, S. epidermidis RP62A, Pseudomonas aeruginosa ATCC 15442 and Escherichia coli ATCC10536.

Due to its recent discovery in three different localities of the Greek mainland, the risk level of Pleurotus nebrodensis has been underscored. Hence, it is now categorized as EN (Endangered) according to IUCN Red List Criteria B2ab(iv, v)c(iii, iv). The AOO for both areas (Sicily and Greece) is less than 500 km2.

No quantitive analysis has so far been performed for the Greek subpopulations. As concerns Sicily, the EOO is less than 100 km2, the populations are severely fragmented, and a continuous decline in the number of locations (currently less than 10), subpopulations and in the number of mature individuals (currently less than 150) has been recorded. This is mostly due to the increasing number of gatherers, both professionals and amateurs (threat 5.2.1: Gathering terrestrial plants - Intentional use), who are motivated by the high commercial price of this mushroom and its remarkable organoleptic properties. An additional negative draw-back of increasing gathering pressure is the harvest of unripe mushrooms (i.e., before they reach maturity and release spores), which may severely compromise the offspring of the existing populations.

As concerns Greece, the species is known to occur in only four locations. The disturbance factors are the same, and for the same reasons as was mentioned above, a continuing decline in the number of locations, subpopulations and in the number of mature individuals is expected also in Greece.

Legally: Sicilian populations of P. nebrodensis grow in the Madonie Regional Park and are explicitly protected by the regulation of the Park as well as by the Regional Law nr. 3 (February 1st 2006).

Ex situ: in Sicily, a project dedicated on the cultivation of P. nebrodensis was concluded in 2002. Up to now the fungus has been cultivated in pilot-scale units before starting with a large-scale commercial mushroom production. Nonetheless, the preliminary results are rather promising. As a matter of fact, P. nebrodensis can be grown at various altitudes within strongly shaded tunnels, and cultivated mushrooms retain the same organoleptic characteristics than the wild type, which is not always the case with other mushroom species. Ex situ cultivation may therefore provide additional income for local farmers, who could offer a cheaper product when compared with the ones harvested in the wild, and this could significantly reduce the pressure on wild populations.

Due to its recent discovery in Greece, there are neither legal nor in situ measures aiming at the protection of both the mushroom and its habitat. As concerns ex situ conservation in Greece, several pure cultures of the species are maintained in the Fungal Culture Collection of the Agricultural University of Athens (Laboratory of General and Agricultural Microbiology), which are used in ongoing laboratory experiments aiming at the optimization of P. nebrodensis cultivation under various substrates and production conditions. No dedicated funded project has been implemented so far in Greece, except for one supported by the Mohamed bin Zayed Species Conservation Fund ($6000; 2012).

Pleurotus nebrodensis and its habitat are not protected by any international conservation agreement (e.g. Bern Convention or 92/43 EU ‘Habitats’ Directive). Hence, a strong improvement of awareness of both politicians and the scientific community is urgently needed in order to implement appropriate conservation actions. Furthermore, extensive field surveys should be performed in Greece in order to improve the available information on the ecology and distribution of this endangered mushroom. The regulation on mushroom collection which is issued by the Madonie Park Authority, in order to limit the negative impact on P. nebrodensis populations, is constantly ignored by pickers. In addition, controls on mushroom quantities collected by pickers are quite rare; hence, it is necessary to strengthen such controls. Moreover, it is important to move from the trial-cultivation stage of P. nebrodensis to a commercial cultivation scale in order to reduce pressure due to oveharvesting in natural habitats.