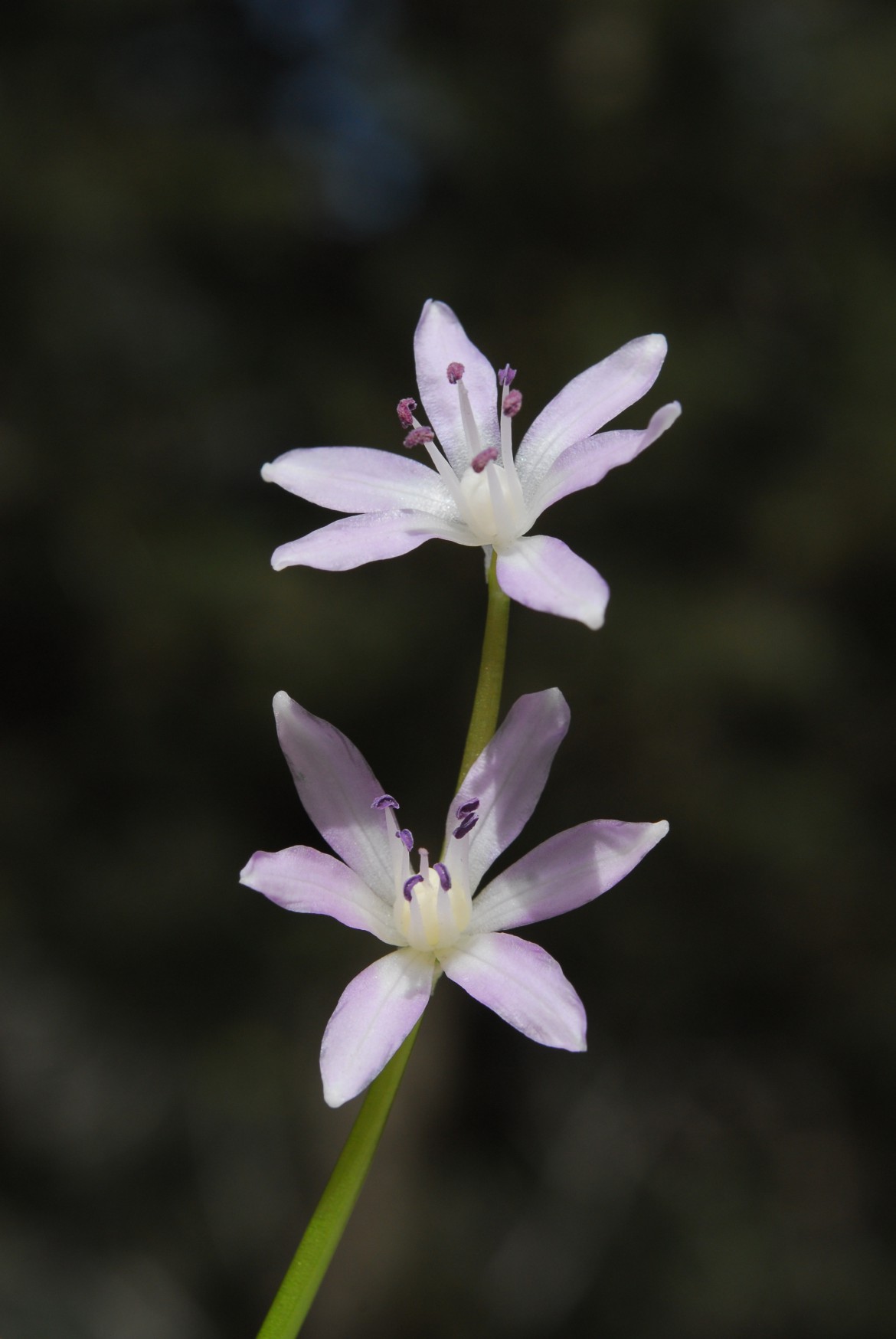 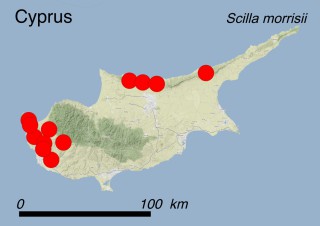 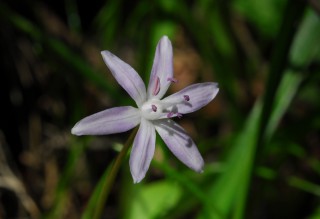 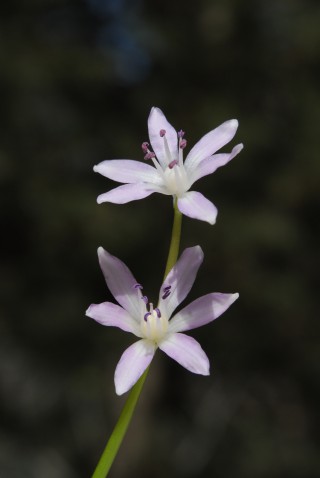 This plant is found only in the northern and western part of Cyprus in 12 locations that may be grouped into 5 subpopulations. The plants grow between 25 and 1000 m a.s.l., mainly on north-facing slopes, in moist, shaded crevices and sometimes along stream banks (habitat 5.2: Seasonal-Intermittent-Irregular Rivers, Streams, Creeks), in the undergrowth of forest communities (habitats 1.4.2 Broadleaved evergreen woodland, and 1.4.3: Coniferous woodland) or within maquis communities (habitat 3.8.1: Maquis, arborescent matorral and thermo-Mediterranean brushes).

Scilla morrisii is a bulbous perennial herb, up to 35 cm high. It has three to six thick, linear leaves which emerge from a subterranean bulb and curve around the flowering stalk. The leaves are up to 70 cm long and 0.5-1.5 cm wide. Some variability exists with regard to flower colour and possibly timing of leaf expansion. Each of its flowering stems bear one to five flowers, gathered in loose bunches. Flowers are small, star-shaped and lilac or blue, tinged with milky-white. The flowering season lasts from March to April.

C-band karyotyping and DNA content analyses point out that Scilla morrisii and Scilla cilicica are sibling co-occurring species and that all Cypriot provenances should be considered as a single endemic species, by priority Scilla morrisii. Furthermore, all species belonging to the genus Scilla are known for their toxic properties, which may cause serious digestive disorders.

As a result of the merging with S. cilicica and the consequent larger population size and wider distribution range, Scilla morrisii has now been underscored and re-categorized as VU (Vulnerable) due to small population size (approximately 3000 individuals) following IUCN Red List criteria C2a(i). This means that the number of mature individuals in each of the 5 subpopulations is less than 1000 and that decline of population size was observed as a result of habitat destruction and land use change due to the expansion and intensification of agricultural practices (threat 2.1.3: Annual & perennial non-timber crops - Agro-industry farming).

Legally: This species is protected by the Bern Convention where it is listed in Appendix I, and by the 92/43 EC Habitats Directive where it is included as a priority species in Annexes II and IV. Moreover, it is included in the Red Data Book of the Flora of Cyprus as an Endangered species. However, the evaluation was based on the distribution and population of Scilla morrisii as it was treated in the Flora of Cyprus, without considering the merging of the species with Scilla cilicica.

In situ: Five locations are found within three Natura 2000 sites, i.e. CY4000010 ‟Chersonisos Akama” CY4000008 ‟Koili-Mavrokolympos” and CY4000004 ‟Vouni Panagias”. Monitoring activities of the subpopulations located at Vouni Panagias took place from 2006 to 2009 within the framework of a PhD Thesis and from 2010 to 2013 as part of a LIFE+ project (LIFE08 NAT/CY/000453 - Establishment of a Plant Micro-Reserve Network in Cyprus for the Conservation of Priority Species and Habitats).

Ex situ: Seeds from selected subpopulations are stored in the seedbanks of two public institutions located in Nicosia: the Nature Conservation Unit of the Frederick University and the National Seed Bank of the Agricultural Research Institute of Cyprus.

In situ: Fencing activities at Vouni Panagias will prevent further severe damages to the local subpopulation due to ongoing agricultural intensification and road construction. Furthermore, a reinforcement of the subpopulation of Vouni Panagias should be carried out in order to supplement the losses of the previous years due to habitat destruction.

Ex situ: Seeds from all subpopulations need to be collected and stored in seedbanks. This species should also be cultivated in botanical gardens and used as an ornamental plant in public gardens.