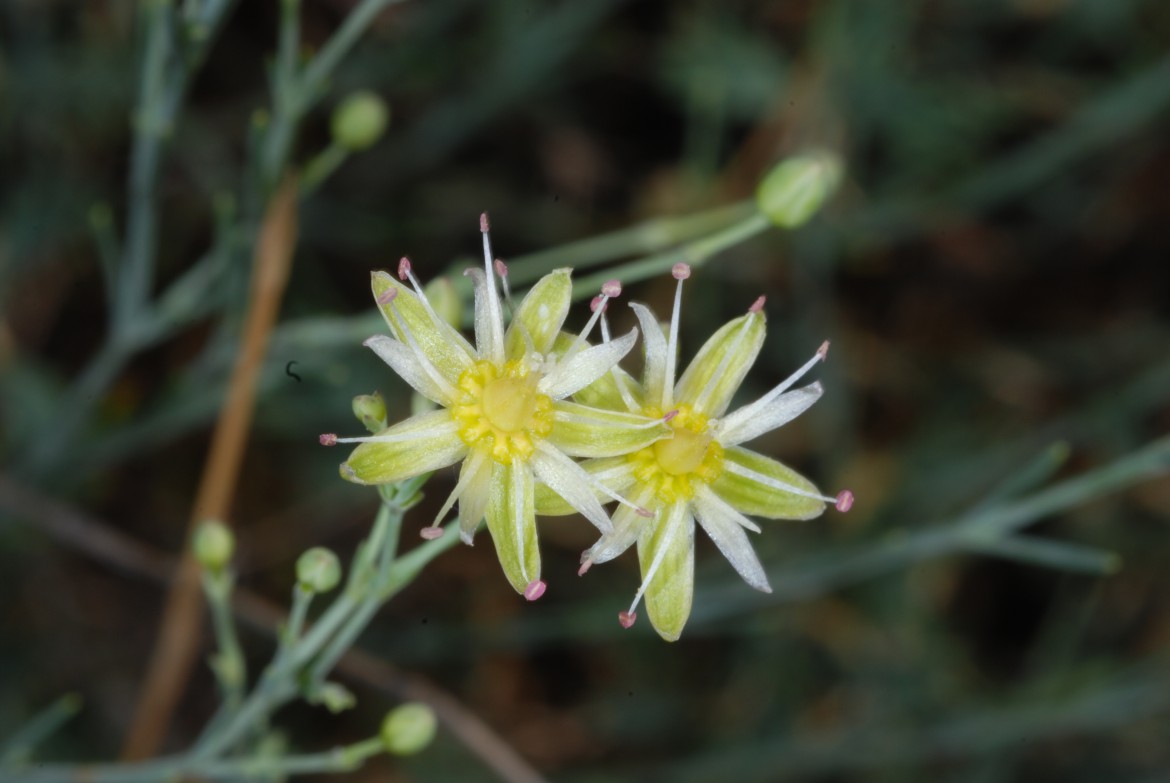 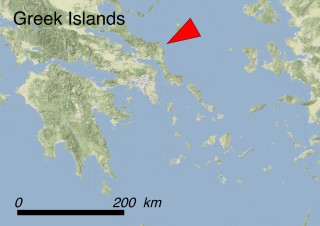 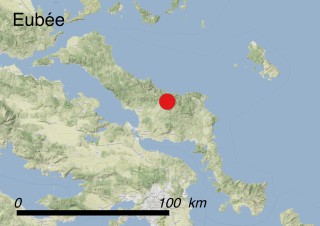 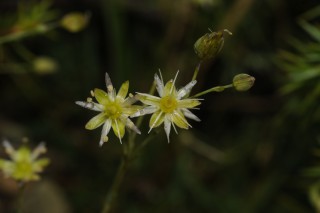 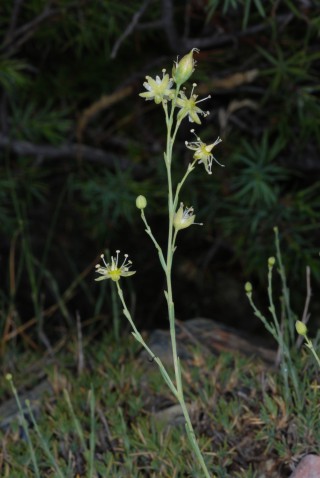 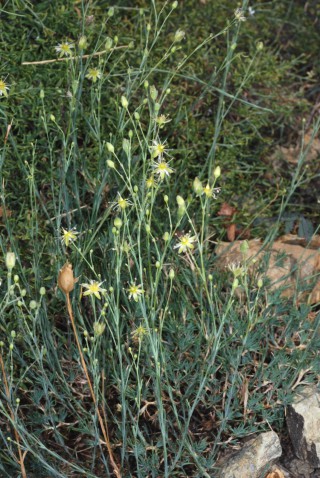 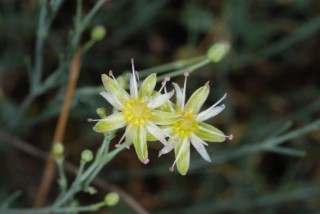 Minuartia dirphya grows on the northern slopes of Mt. Dirphys in the central part of Euboea (Evvia) Island (W Aegean, Greece). It is only known from a single population consisting of ca. 500 individuals. Minuartia dirphya has a narrow geographical range (0.5 ha) and grows between 900 and 920 m a.s.l. on serpentine substrates, preferring thin, infertile stony and rocky soils within open vegetation with a coverage ranging between 20-40% (habitat 6.4: Miscellaneous inland habitats with very sparse or no vegetation).

This perennial plant forms loose mats or cushions. It is woody at the base and hairless. The non-flowering shoots are up to 4.5 cm long. The tiny rigid leaves are 2-11 mm long, linear, with pointed tips and slightly rough margins, and are closely grouped together. The flowering stems are different from the sterile ones because they bear only 8-14 pairs of leaves, which vary in size and shape, while leaves on sterile shoots form dense obconical fascicles. The loose inflorescences are composed of 1 to 11 white flowers supported by small modified leaves that are often tinged with purple. The flower stalks measure 1.5-8 mm in length, and the stamens are inserted into a fleshy, light green disc. The flowering period lasts from mid-June to September. The fruit is a 4-6 mm long capsule that is slightly longer than the sepals.

Minuartia dirphya was first described in 2005. It grows within a shrubland community dominated by Juniperus oxycedrus subsp. oxycedrus and Genista millii, together with many plants adapted to serpentine soils such as Leptoplax emarginata, Centaurea attica s.l., Thlaspi ochroleucum and Silene bupleuroides subsp. staticifolia.

This species has been categorized as CR (Critically Endangered) according to IUCN Red List Criteria B1ab(i,ii,iii,v)+2ab(i,ii,iii,v) because the species is known from a single location whose surface is approximately 0.5 ha (EOO = AOO) and the whole population counts a very small number of mature individuals : 312 and 519 individuals have been counted in 2006 and 2007, respectively. The species is severely threatened because of grazing from goats (threat 2.3.2: Small-holder grazing, ranching or farming), fires that are deliberately started by shepherds (threat 7.1.1: Fire and fire suppression - Increase in fire frequency/intensity), road (threat 4.1: Roads and railroads) and parking (threat 6.3: Work and other activities) construction, which have already destroyed about 0.1 ha (i.e. ca. 20%) of the only known population and the creation of an eco-touristic stone path crossing the population (threat: 1.3. Tourist and recreational activities).

Legally: This species is not included in any international conventions or national legislation. Moreover, the population does not fall within a Natura 2000 site.

Ex situ: A single individual is currently cultivated at the University of Patras (Greece).

The species needs to be protected from grazing; hence, its habitat should be fenced and managed to keep grazing animals out. Minuartia dirphya should be monitored over a longer period of time to assess population changes and stability. The creation of a Plant Microreserve would ensure the long-term monitoring of its population and the legal protection of its habitat. Such initiatives could contribute to the awareness of local people, land-owners and users. The species would benefit from ex situ cultivation and its seeds should be collected and stored in seed banks in order to conserve the whole gene pool of the species.