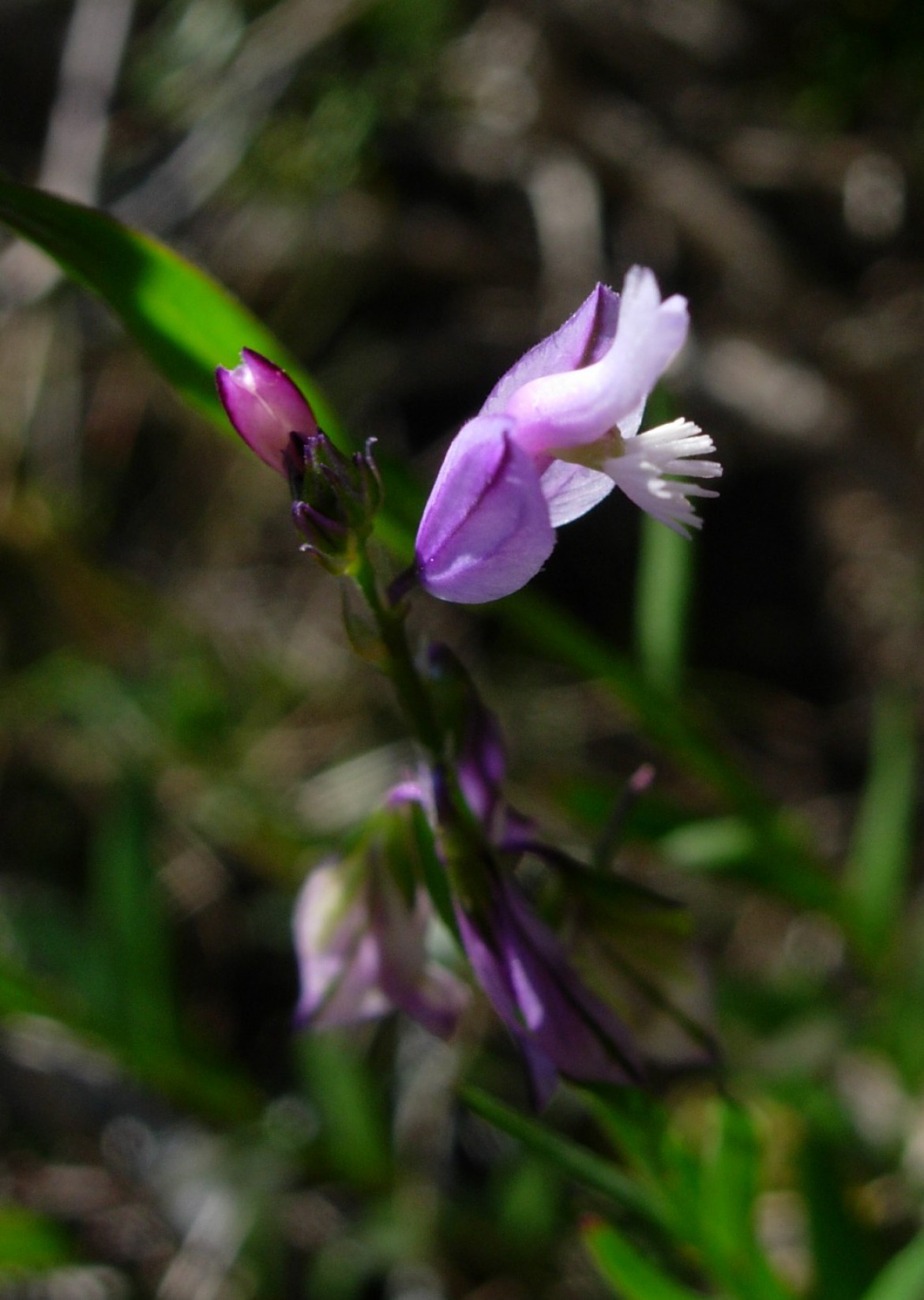 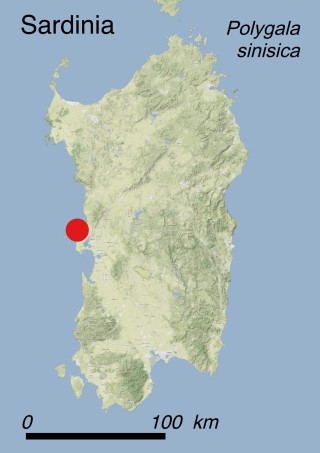 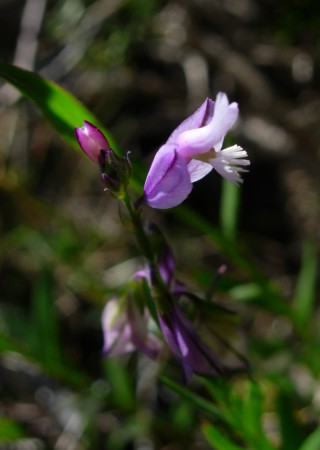 Polygala sinisica is only found in a single population covering a surface of ca. 1.6 ha in a restricted site along the coast of the Sinis Peninsula (Central-Western Sardinia). The population contains only ca. 70 individuals, 45 of them being mature plants.

Polygala sinisica is a perennial herb with erect or nearly erect 15-20(30) cm long stems. The tough, flexible stems are either hairless or slightly hairy, and bear lanceolate to linear, non-fleshy alternate leaves. Inflorescences have 15-20 flowers on short stalks, grouped in bunches at the ends of the stems.

The corolla is zygomorphic (asymmetric): three of the sepals are small and hairy, while the other two resemble elliptical wings. The pink or bluish petals are 11-12 mm long. The fruits bear hairy seeds with a very short strophiole. The plants flower in February and March and produce fruit immediately afterwards.

Polygala sinisica grows in the same community with other Sardinian endemics such as Arum pictum, Genista corsica, Ornithogalum biflorum, Bellium bellidioides and Romulea requienii, and co-occurs with several other species of great phytogeographic interest which are also very rare throughout Italy, such as Helianthemum caput-felis, Viola arborescens, and Coris monspeliensis.

The main threats for the single population of P. sinisica are agricultural activities, in particular pine plantations (Threat 2.2.1: Wood & pulp plantations - Small-holder Plantations), followed by touristic and sport activities, such as off-road racing and unregulated human trampling (Threat 6.1 Recreational activities), leading to considerable damage to the population. Other factors of risk are the increase of coastal roads (Threat 4.1: Roads & railroads) and, secondarily, the construction and expansion of touristic infrastructures (Threat 1.3: Tourism & recreation areas).

To summarise, P. sinisica must be considered Critically Endangered (CR) according to the formula: CR B1ab(iii,v)+2ab(iii,v); D.

Legally: Currently there is no legal protection for this species; despite a (not yet approved) proposal by the Regional Council of Sardinia in 2005 for a law concerning the protection of islands’ plant species.

The Autonomous Region of Sardinia funded in 2008 a conservation project aimed at the safeguard of the ten most threatened endemic plants species of the island comprising in situ and ex situ studies. As part of this project, the Biodiversity Conservation Center of the Cagliari University started a periodic in situ monitoring of the population and all mature plants are monitored every year.

Ex situ: At the same time, a long-term ex situ conservation was initiated at the Sardinian Germplasm Bank and specific studies related to the conservation status assessment, the phenological patterns and seed eco-physiological traits of the species were carried out.

Low seed viability and germination were detected in Polygala sinisica. Therefore, there is an urgent need for in situ and ex situ conservation measures for its single population.

As a precautionary measure, the population should be protected through fencing in order to avoid (or at least reduce) human trampling, and any sport activities related to off-road racing should be eliminated from the population site.

The monitoring activities of the population must be continued and a long-term ex situ seed conservation project should be implemented in order to obtain plant material for future reinforcement activities.

Further studies are needed in order to better understand the reproductive biology and ecology of the species, and translocation programs should be considered and planned.