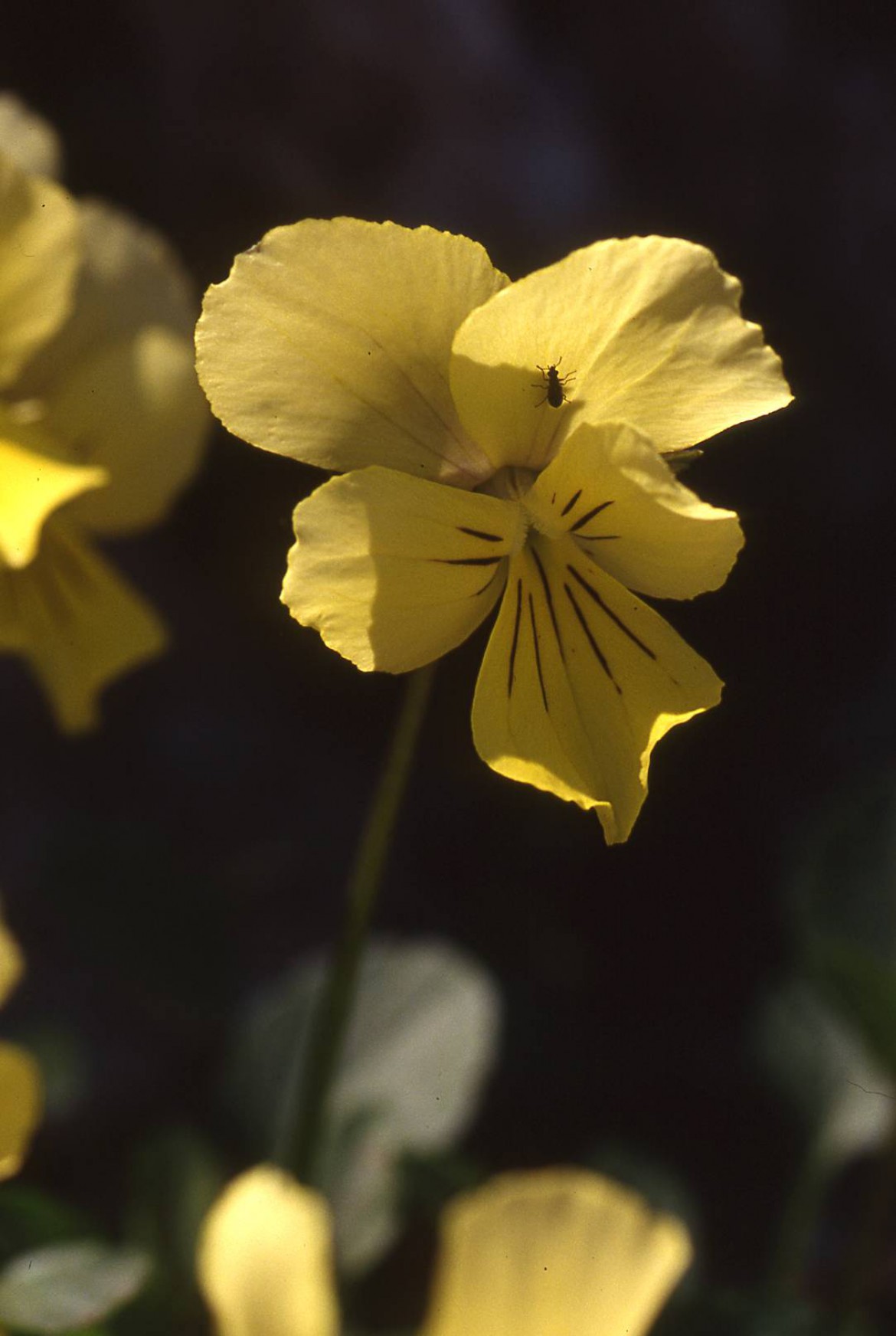 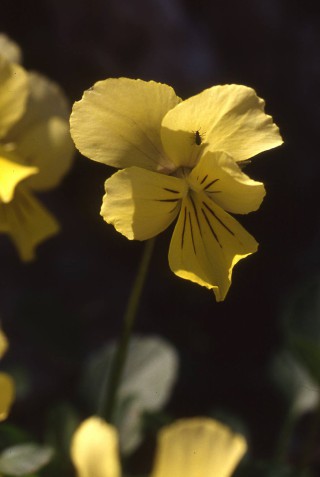 The whole distribution range of Viola ucriana is very small, with the EOO being 0,25 km2. This endemic species only grows between 950 and 1300 m a.s.l. on the ridges of Coste di Fratantoni, near the summit of Mt. Pizzuta, the highest relief of the Palermo Mts. (NW Sicily), It occurs on calcareous-dolomitic outcropping rocks and gravels, preferring the sunny gaps within a patchwork of garrigue dominated by the heath Erica multiflora (habitat 3.8.2: Garrigue) and perennial meso-xerophilous grassland dominated by Brachypodium rupestre or Ampelodesmos mauritanicus (habitat 4.4.1: Arid grassland).

The flowers of this perennial and caespitose herb are yellow to pale yellow. The petals bear 3-5 purple lines; the spur, straight or slightly curved, is half as long as the lower petal. The stems are 3-15 cm long, prostrate or ascending, without or with sparse hairs. The leaves are green-greyish, the lower ones with a rounded or widely ovate and blunt blade, while the upper ones have an ovate to elliptic-lanceolate blade.

Leaf morphology suggests some adaptation to mountain habitats. Viola ucriana is a close relative of two other Sicilian endemic violets, i.e. Viola tineorum Raimondo & Erben (with purple to violet-bluish flowers) growing only on the top of Rocca Busambra (Sicani Mts.) between 1500 and 1600 m a.s.l., and Viola nebrodensis C. Presl (with deep violet flowers), which occurs on the Madonie Mts. between and 1600 and 2000 m a.s.l.

The species has been categorized as CR (Critically Endangered) according to IUCN Red List Criteria B1ab(i,iii,v)+2ab(i,iii,v). Along with the extremely narrow distribution range of the only known population, covering an AOO of 8 km2 and having an unsteady number of mature individuals, the species appears to be severely threatened with arsons (threat 7.1.1: Fire and fire suppression - Increase in fire frequency/intensity), which are very frequent on Palermo Mts. in general and in the area of occurrence in particular. In fact, repeated burning, mostly occurring during the flowering and dispersal season, may have a strong negative impact on the sexual reproduction of the species. Artificial plantations with allochthonous pines in the surroundings (ca. 30 years ago) and more recent (ca. 10-15 years ago) afforestation with broadleaved trees (threat 8.1.2: Invasive non-native/alien species - Named species) within the perennial grasslands where Viola ucriana occurs, may represent a major disturbance factor for the habitat of the species due to induced shading and to the physical and chemical alteration of soil properties (threat 11.1: Habitat shifting & alteration). Pastoral activities (threat 2.3.2: Small-holder grazing, ranching or farming) may cause some damages in case of overgrazing and trampling due to the permanent presence of cattle on the top of the mountains during the summer season.

Legally: although it has been included within all the published national and regional Red Lists, up to now V. ucriana is not protected by any special law or convention.

In situ: the whole population falls within the Natura 2000 site ITA020026 ‟Monte Pizzuta, Costa del Carpineto, Moarda” but all the plants are outside of the Nature Reserve ‟Serre della Pizzuta”. Thus, no effective protection measure is present at the moment.

Ex situ: in the framework of the projects GENMEDOC (http://lnx.ondeweb.net/ccb2/index.php?cat=genmedoc_it) and SEMCLIMED (http://www.ccb-sardegna.it/html/semclimed.htm) seeds have been collected ca. ten years ago and are stored in the seed banks of the Universities of Palermo and Catania.

A more effective plan to prevent and fight fires is urgently needed in order to protect the species and its habitat. The perimeter of the Nature Reserve should be modified in order to include the whole population of Viola ucriana. Regular monitoring activities of the demographic trends and ad hoc studies on the reproductive biology (pollination and dispersal mechanisms and vectors) of the species should be promoted.